Chief Rucker began his career with the City of North Richland Hills Fire Department on June 1, 2005.  He served as a Firefighter/Paramedic until December 2009 when he promoted to Driver Engineer.  In August 2012 he promoted to Captain. In May of 2018 he promoted to Battalion Chief and is assigned to the Operations Division as Shift Commander on C shift. He has a Master’s Degree in Public Administration and a Bachelor’s of Political Science from the University of Texas in Arlington. He is a Licensed Paramedic and holds the following Texas Commission on Fire Protection certifications:

Chief Rucker currently serves as a member of the Northeast Fire Department Association Hazardous Materials Team, and is an American Heart Association CPR instructor for the City. He is a graduate of the Texas Fire Chiefs Academy and was the 2015 Officer of the Year. 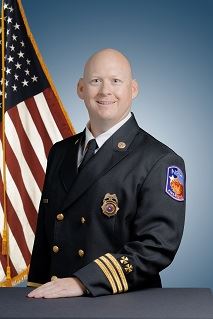